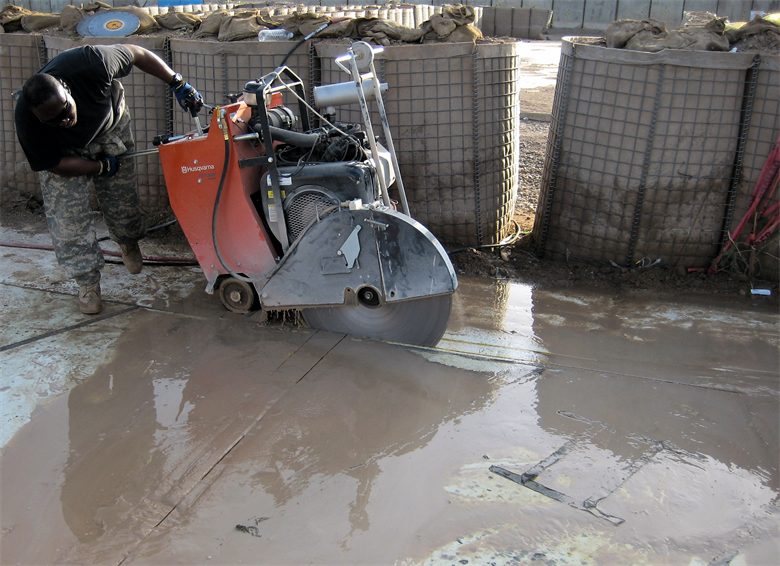 Some Of Our Most Recent Projects: 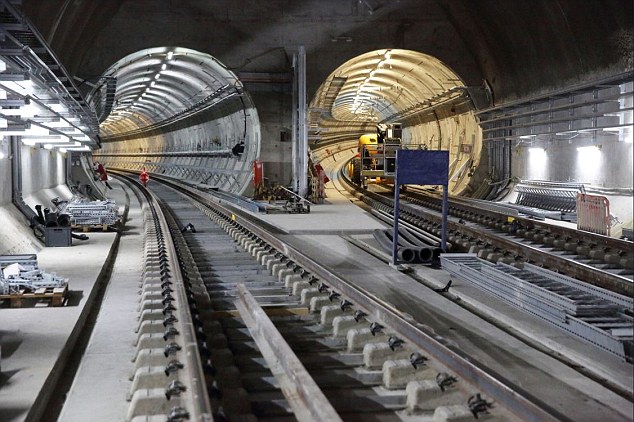 Crossrail is building the Elizabeth line – a new railway for London and the South East, running from Reading and Heathrow in the west, through 42km of new tunnels under London to Shenfield and Abbey Wood in the east. The Crossrail project is Europe’s largest infrastructure project with a value of £15.4bn.

CA Drillers started works within the newly constructed tunnel in June 2016. Our initial scope was to complete some intricate cutting works within a cross passage and then complete with a concrete repair. Our works quickly escalated to drilling 1000’s holes for cable containment, fire mains and the emergency walkway system to track sawing 100’s of meters of reinforced concrete to the management and overseeing the installation of 955m2 of the screed. Over 50,000 manholes were completed on-site without a single incident or accident giving us one of the best health and safety records on the project. 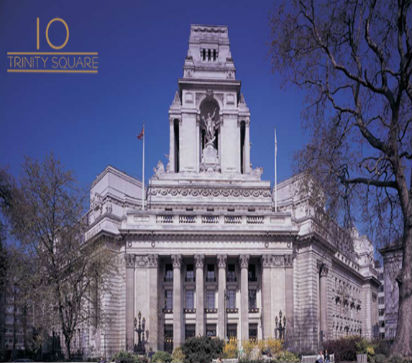 The former Port of London Authority headquarters at 10 Trinity Square has been reborn as the Square Mile’s first “super luxury” hotel and residences. The grade II* listed building and three-acre site next to the Tower of London in the City was formed into a 120-bedroom hotel with 37 private apartments designed by David Collins, as well as an exclusive private members’ club, three restaurants and a spa. 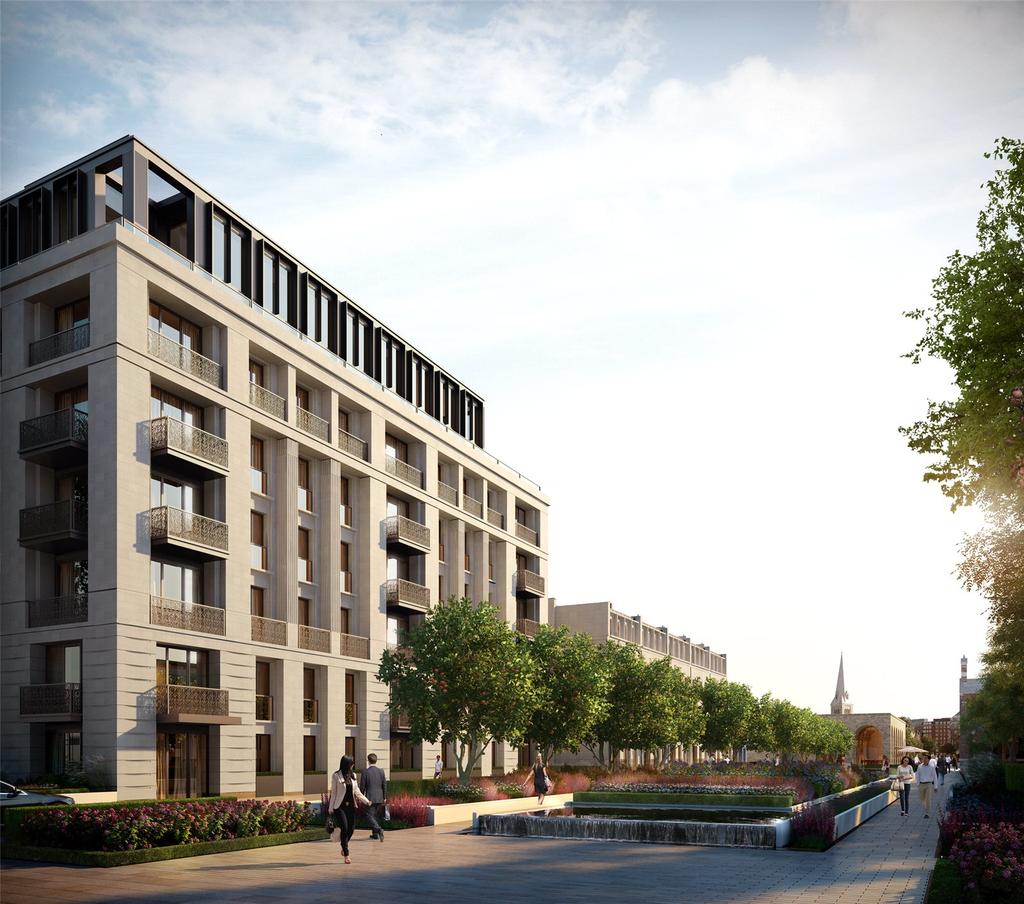 This site in the City of Westminster was originally owned by the British Army. The £3bn development won local-government approval in 2011 to develop almost 450 homes, stores, a health centre and leisure facilities on the 13-acre site which is due for completion in 2024. Buyers of some of the homes sold are reported to be paying £4500 per square foot which makes these properties some of the most expensive in London! The size and logistics of this vast project were always going to be one of the main challenges on this flagship job.

To ensure our service was up to our high usual standard, we set up an office and stores on site so that we always had the manpower and equipment to complete all required works. From our initial start in May 2016, we completed a wide variety of services on this project ranging from diamond drilling for pipework and ductwork, diamond track sawing for lift shafts to using Brokk’s to demolish concrete piles. 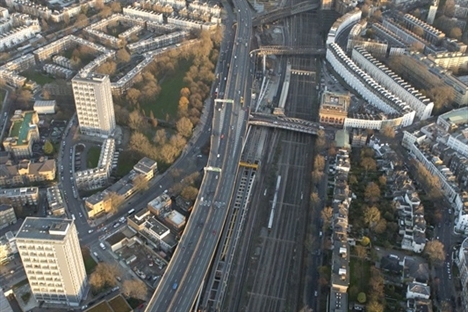 We started working on this site for Costain on behalf of Crossrail in August 2014 and completed our works in November 2018. Paddington New Yard, located between the Westbourne Park Tube station and Paddington National Rail station, contains both the Royal Oak Portal and Westbourne Park Crossrail worksites.

The contract included the construction of a new 180m long elevated bus deck which connected Westbourne Park Bus Garage, the relocation of an existing concrete batching plant, and preparatory works for the installation of new rail track and associated systems for Crossrail in Paddington New Yard. Due to the majority of the site running over the Crossrail tunnel, heavy breaking was not allowed due to vibration concerns. A large amount of concrete required removing which was completed using diamond floor sawing, diamond track sawing and hydraulic bursting techniques. Works were completed on time and on budget. 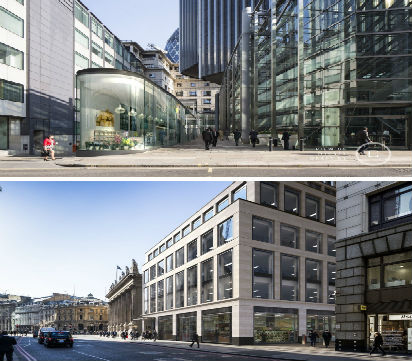 Part of the Tower 42 Estate, this high-quality mixed-use development replaced and expanded the existing accommodation and enhanced the public realm. 15 Bishopsgate provided a six-story office building with retail at ground and basement level that edged the re-landscaped public areas. We were heavily involved with the enabling works on this project due to the sensitive nature of existing buildings with vibration being kept to a minimum.

Areas that would usually be broken out with heavy machinery were track and wire sawn into manageable sections before being removed from the site. Inverted track sawing was engaged due to access issues along with cutting through 800mm deep heavily reinforced concrete. All works ran smoothly with 2 track saws and 1 wire saw permanently on-site to ensure we could react quickly to any last-minute requests.

Find Out How Our Expertise Can Help You By Calling

08009750891
To maximise health and safety procedures we make sure cores are held in place or supported from below when necessary to prevent hazards to personnel or equipment.
We use cookies to ensure that we give you the best experience on our website. If you continue to use the website, we presume you are happy for us to use cookies.Accept